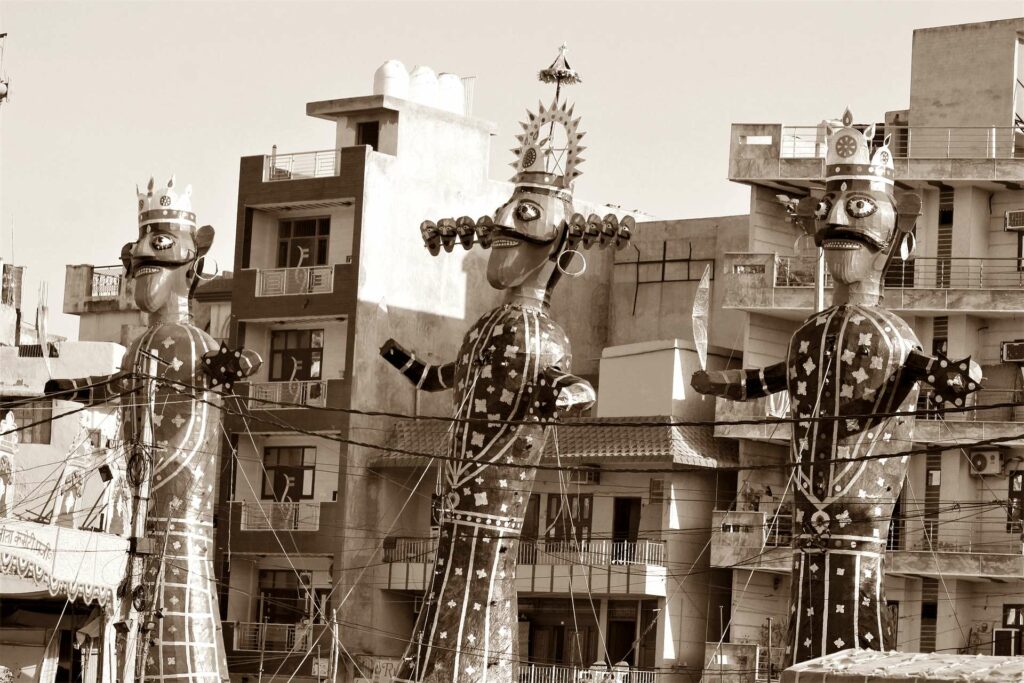 Brahma is the one who created the universe. Vishnu maintains it. But as it so happens, even the gods of the trinity are not above the odd fight or two when their egos become involved. Once, Brahma and Vishnu became embroiled in one such fight: about who was the most powerful. The fight was particularly intense and soon the very existence of universe was in danger. The other gods beseeched Shiva to intervene.

On the 13th night/14th day of the month of Phalgun (a month of late winter in Hindu calendar which often falls between February and March), Shiva manifested himself as a fiery lingam. Unable to face each other in battle due to the presence of the lingam that seemed to encompass the entire universe, the two warring gods decided that whosoever could find the true length of the lingam would be declared the greatest. Brahma soared skywards to find the top of the lingam while Vishnu soared towards the nether areas to find its bottom. But no matter how long they flew, they couldn’t find even one end of the lingam.

Tired by his search, Brahma decided to lie. When he met Vishnu, he told him that he had indeed found the uppermost limit of the great black pillar. At this point, the middle of the lingam split open and Shiva manifested in his true form: the form of all that was and all that will ever be. Brahma and Vishnu were awestruck at this divine form. They immediately realized that Shiva was none other than the great Brahman and bowed to him. Shiva explained to them that both were born out of him and would one day dissolve into him.  But for Brahma had lied, he also cursed him that no one would ever pray to him.

Maha Shivaratri (the great night of Shiva) is the day when Shiva manifested himself as the lingam. It is a festival that is of primary importance to yogis and tantrikas throughout India, as Shiva is often thought to be Adiyogi: the first yogi, the one who taught the science of Yoga to man. Let’s mark this auspicious day with the chant of Maha mrityunjaya Mantra.

We worship the three-eyed one, the fragrant and virtuous Supreme Being, the One who bestows growth, nourishment and perfection.
As fruits are liberated from their stems, may we too be liberated from the bondage of death, and towards immortality.